The 7 Secrets You Never Knew About Acupuncture 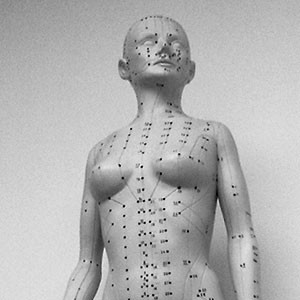 There’s a certain level of confusion surrounding the ancient holistic practice of acupuncture. Those who haven’t tried it may view it as incomprehensible with no understanding of it’sl value and benefit. On the other hand, those who have tried are fully aware of its powerful effects on the human body.

#1) There Are Hundreds of Acupuncture Points Throughout The Body

Acupuncture is typically performed on specific points throughout the body, including points both along the meridian and outside the meridian. The number of acupuncture points continues to change on a regular basis, but the latest estimate is around 695 (not including ear treatments).

Acupuncture was once limited to China and surrounding Asian countries. In the 1990s, less than 1% of the U.S. population had tried it. Fast forward to 2010 and over 14 million Americans have reported using acupuncture to treat various diseases and conditions. Analysts expect this number to grow in the following years, as more and more Americans continue to seek alternative forms of healthcare.

#3) A US President Introduced Many Americans To Acupuncture

In 1972, President Richard Nixon visited China with the purpose of creating stronger relations. It marked the first time any U.S. president had personally visited the communist nation. During his trip, Nixon’s delegation observed a patient who was undergoing surgery while simultaneously receiving acupuncture as opposed to anesthesia. News of this medical miracle soon spread throughout the U.S. upon Nixon’s return.

#4) It May Treat Allergies

Nearly 1 in 4 adults in the U.S. suffer from seasonal allergies, but relief may be just a pin-prick away. According to a study published in the journal Annals of Internal Medicine, acupuncture proved more effective at treating seasonal allergies than traditional antihistamines.

#5) It May Increase The Chance of Vitro Fertilization

The jury is still out regarding the effects of acupuncture on vitro fertilization, but several studies have shown the practice to increase the chance of success. According to an article published by WebMD.com, women who received acupuncture were nearly twice as likely to experience to become pregnant than women who were given sham acupuncture or no acupuncture.

#6) Most Acupuncture Sessions are Small and Short

While the duration of an acupuncture sessions and the number of needles used varies depending on a number of different factors, typical treatments involve just 5-20 needles which are left in place for 20-30 minutes. The evaluation before treatment begins is longer and more comprehensive, usually lasting up to an hour.

A study involving data from over 34,000 acupuncture treatments found there were no serious side effects from the sessions (source). When performed by a licensed and experienced acupuncturists, the practice is safe and virtually painless.

The 7 Secrets You Never Knew About Acupuncture was last modified: March 10th, 2015 by admin

This article was posted in Acupuncture and tagged allergies, fertility, pain. Bookmark the permalink. Follow comments with the RSS feed for this post. Both comments and trackbacks are closed.
413-253-2900 Directions Contact/Schedule